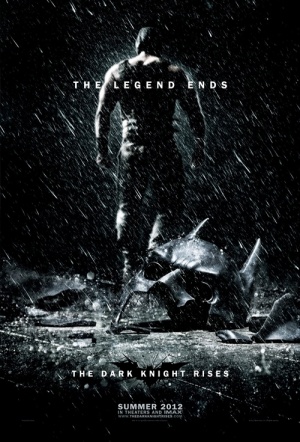 Taking place eight years after the events of The Dark Knight, Gotham City revels in some long-awaited peace. Yet Selina Kyle (Hathaway) whispers that this is merely the calm to a chaotic criminal storm. As terrorism and class warfare descend, Bruce Wayne (Bale) emerges from the seclusion of Wayne Manor. Still pinned for Harvey Dent’s crimes, Batman returns to the city as a wanted fugitive in order to prevent the fall of Gotham, as well as the rise of Bane.

2012Rating: M, for intense sequences of violence and action, some sensuality and language164 minsUSA
Action

In a similar manner to how Heath Ledger’s death cast a shadow over The Dark Knight, there’s an air of inevitability to this conclusion of Christopher Nolan’s batrilogy. You know you’re going to be in the theatre for quite a while, that Nolan will use massive scale and strong characterisation to awe you on multiple levels, that it will aspire to loftier heights than most blockbusters, but mostly that it is actually all going to end. For all its aspirations, The Dark Knight Rises leans heavily at times on convention – a ticking clock here, a betrayal there – but these prove more welcome than the earnest speechmaking that could so easily have sent off this great big-screen version of the caped crusader.

Few blockbusters have borne so heavy a burden of audience expectation as Christopher Nolan's final Batman caper, and the filmmaker steps up to the occasion with a cataclysmic vision of Gotham City under siege...

A smart, stirring spectacle that faces down impossible expectations to pull off a hugely satisfying end to business. Boy, you’re in for a show tonight…

Preamble complete, the dark knight duly rises for the bruising final stanza in Christopher Nolan's Batman trilogy, a satisfying saga of revolution and redemption that ends the tale on a note of thunder.

The film begins slowly with a murky plot and too many new characters, but builds to a sensational climax.

Superhero filmmaking on an unprecedented scale. Rises may lack the surprise of Begins or the anarchy of Knight, but it makes up for that in pure emotion. A fitting epitaph for the hero Gotham deserves.