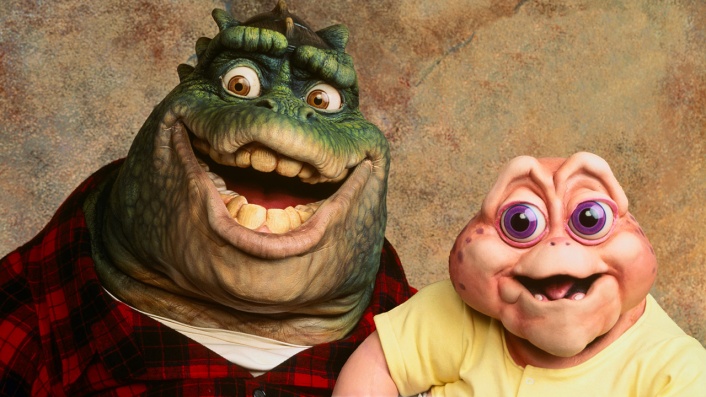 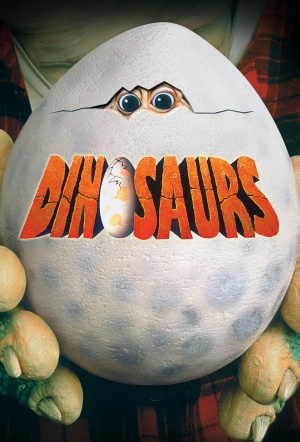 The '90s sitcom, set in 60,000,003 BC, about a family of anthropomorphic dinosaurs dealing with the trials and tribulations of their modern lives. Dinosaurs - brought to life through animatronic puppets - is co-produced by Jim Henson Television. The original idea - a sitcom about a family of dinosaurs - came from Jim Henson himself, but didn't come to fruition until after his passing. 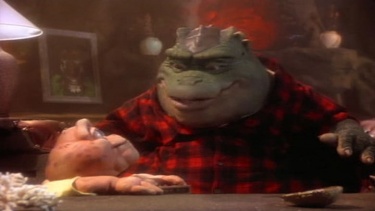 Earl tells Baby the events surrounding his birth. Fran has one wish in life, which is a new set of pots and pans with mesh screens for lids, said to be the better to keep 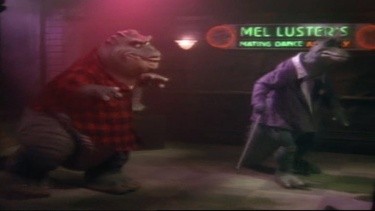 Earl shoulders household duties for a weekend, sending exhausted Fran to her mother's for a little rest and relaxation.
EPISODE 1.3 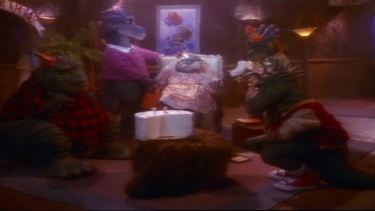 Earl gleefully awaits "Hurling Day" when he'll have the ritual honor of heaving his mother-in-law into the tar pits, but Robbie thinks the tradition should be chucked. 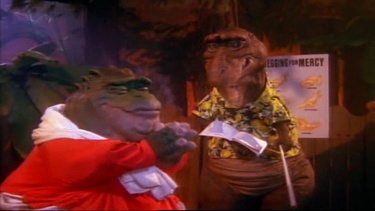 Earl's blood runs colder and outraged when a monstrous male who notices Fran in the supermarket challenges him to a fight to the death for her. 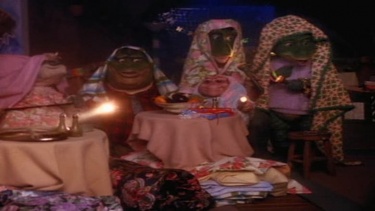 When male dinosaurs turn 15, they go through a rite-of-passage known as "The Howling", during which the youngsters join the adults on top of the mountain to howl at the new moon. Robbie does not

... MORE see the point, however, and rebels.LESS
See all