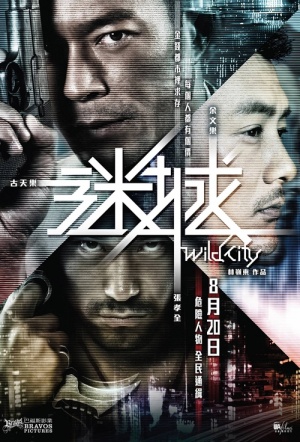 Hong Kong crime thriller starring Louis Koo as a former cop-turned-bar owner who, after taking a shine to a drunk woman, finds himself pursued by her former lover and the thugs he employs. Director Ringo Lam's first film in 12 years.

Lam told Film Comment: "One might consider this as part of the 'City Trilogy' along with City on Fire and Full Alert. These films are all set in Hong Kong and are about people who are lost in the city. In Wild City the theme is about the temptation of money, and how it seduces the protagonists, but also forces them to challenge the plutocracy."

Mayhem bogged down by middling plot.

Mayhem bogged down by middling plot.