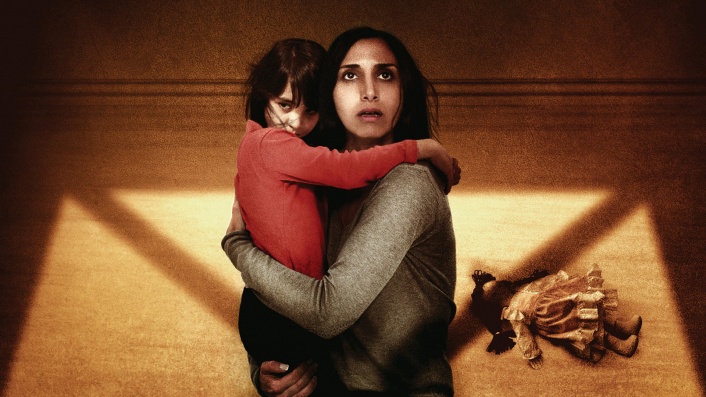 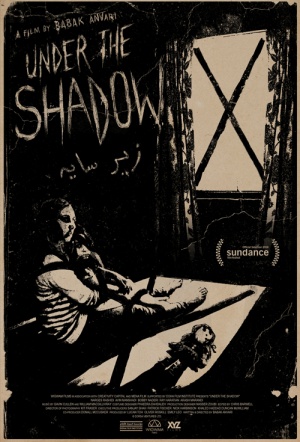 1980s Tehran is the rare setting for this horror film. With her husband drafted into the Iran-Iraq war, Shideh (Narges Rashidi) and her daughter must contend with the stresses of post-revolution, wartime Iran - and a mysterious evil presence haunting them.

"In 1988 Tehran, Shideh’s attempts to rejoin medical school after getting married and having daughter Dorsa are thwarted as a consequence of her politically active history. Her husband is sent off to serve in the Iran-Iraq War while Iraqi air raids draw perilously close to their own apartment. As she is left alone with Dorsa after neighbors and friends flee from a city in chaos, her daughter becomes increasingly ill and seemingly disturbed. Shideh initially dismisses Dorsa’s tantrums over a missing doll, but she reluctantly comes to suspect that they’ve been targeted by djinn—malevolent spirits that steal from those they seek to possess." (Sundance Film Festival)

Under the Shadow / Reviews

Shadow delivers the sort of sleek, swiftly paced freakout that streaming customers will gladly look past subtitles to experience.

Under its scares, Under the Shadow serves as an impassioned allegory for female oppression - but Anvari doesn't shortchange horror fans.

The despair and hopelessness of Rashidi's Shideh is a gripping portrait of a woman left to hold everything together - including herself.

A tightly controlled chiller that carries a whiff of mother-daughter horror classics such as "Poltergeist" and "The Exorcist" ...

As much a study of a changing society as it is a story of evil spirits. The movie is first fascinating, then terrifying.

Anvari deftly builds and sustains tension throughout, crafting a horror movie that respects genre conventions (right down to the safe/not safe ending), while firmly establishing its own distinctive identity.

A quality ghost story with an unusual backdrop and great performances.