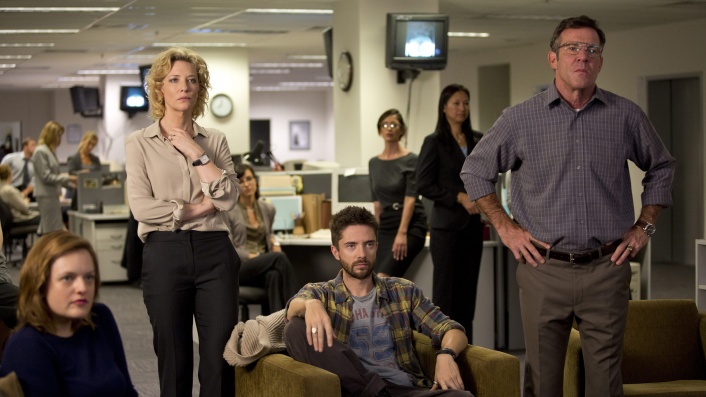 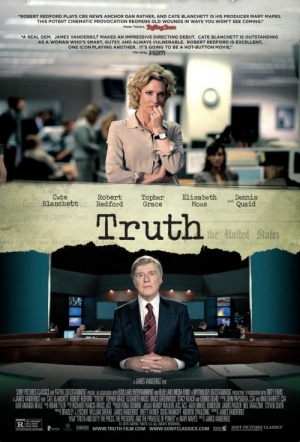 Cate Blanchett leads this true-story newsroom drama as Mary Mapes, the CBS producer that led the 2004 charge against President George W. Bush’s military service with a piercing 60 Minutes investigative report. Based on Mapes’ own memoir, the film covers the brutal backlash and relentless criticism she and news anchor Dan Rather (Robert Redford) received in the aftermath. Co-stars Elisabeth Moss (Top of the Lake), Topher Grace (Interstellar) and Dennis Quaid (Flight of the Phoenix).

In the closing act, the film sharpens and becomes something far more compelling.

We watch a polished professional come apart at the seams, caught up in self-incrimination and spiralling neurosis.

A noisy, one-note rally for the converted that gets your pulse racing even if you're rolling your eyes.

Blanchett burns on a high flame, and Redford finds the wounded dignity in Rather.

Blanchett gives this dynamo of intelligence and doggedness a real human dimension that allows the propulsive drama to breathe... Truth (2015) is available to stream in Australia now on Stan and Google Play and Apple TV.