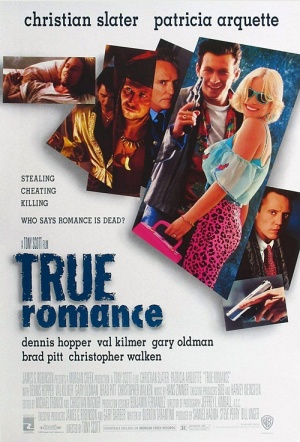 Quentin Tarantino scripted this wild and wooly blend of action and dark comedy, which reached theaters a year before his breakthrough hit Pulp Fiction.

Fleeing confrontation and leaving behind a trail of bodies, the couple run from the police, the mob and an angry pimp.

Provides some amazing encounters, bravura acting turns and gruesome carnage. But it doesn't add up to enough.

If the romance seldom seems 'true', the spiralling violence (script, Quentin Tarantino) does succeed, in a brutish, cod-Jacobean kind of way.

This film's various outrages are committed unapologetically, and are very much in the service of its bizarre story.

Made with such energy, such high spirits, such an enchanting goofiness, that it's impossible to resist.