3 and a half stars

This is a film about Mattie Ross played in a star making performance by Hallie Steinfeld who enlists Rooster Cogburn played by Jeff Bridges to help her track down Tom Chaney played by Josh Brolin who killed her father. So go of on the quest to find Chaney they also get help from a texas ranger played by Matt Damon. This is a solid film by the Coen brothers and a solid performances by Bridges and an outstanding performance from young Hallie Steinfeld. 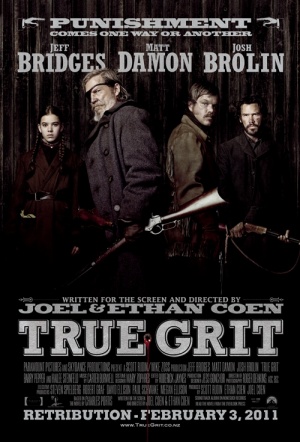