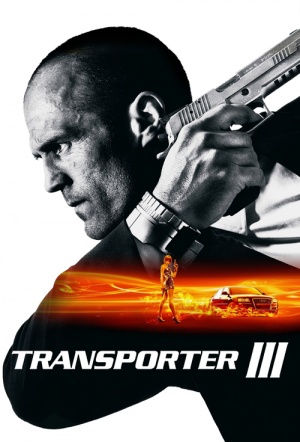 Frank is pressured into transporting Valentina (Natalya Rudakova), the kidnapped daughter of Leonid Vasilev, the head of the Environmental Protection Agency from Marseilles, through Stuttgart, Budapest, and through to Odessa, on the Black Sea.

Along the way, with the help of Inspector Tarconi (François Berléand), Frank has to contend with the people who forced him to take the job, agents sent by Vasilev to intercept him, and the general non cooperation of Valentina.

Boasts a measure of the retro machismo, style and attitude some 007 fans have found lacking in "Quantum of Solace." But it also has a pointless storyline, incoherent editing and a polyglot cast that renders some of the dialogue utterly incomprehensible.

Though the car chases have grown more banal as the franchise has started to run on fumes, the smackdowns have retained their zing.

Fairly entertaining brainless action... enough to keep the audience occupied, but nothing to get too excited about.

Easily the worst in a trilogy that has been notable mainly for the presence of its everyman action star, Transporter 3 is a nonsensical, choppily edited bore, with awful dialogue.

Incoherent and inconsistent, this is a step back for Statham in his quest to become more than a cult figure.