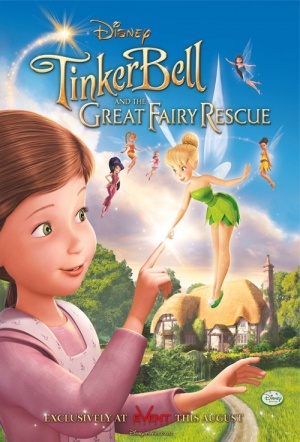 In The Great Fairy Rescue, Tink (voiced by Mae Whitman) meets a human for the first time – before she was ever introduced to Wendy and the Lost Boys. The human is Lizzy, a little girl with a steadfast belief in the power of pixie dust and the magic land of fairies despite a serious-minded scientist father (Michael Sheen).

Thinking her lost, Tinker Bell's fellow fairies launch a daring rescue mission. But Tinker launches a mission of her own – putting her own safety at risk to help her new friend. When the rescue goes awry, the future of all fairykind hangs in the balance.

Perfect for the young princesses and fairy-lovers, but not as beloved as the Toy Stories and WALL-E's of this world.