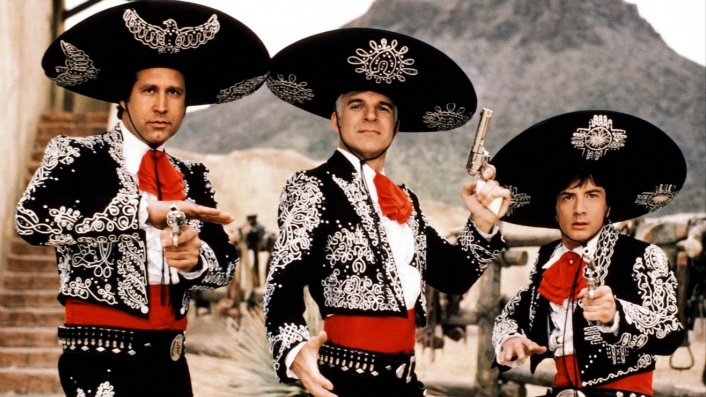 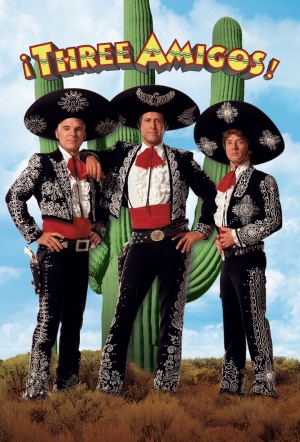 Martin, Chase and Short are three washed up actors who are invited to a Mexican town to reprise their old bandit roles, unbeknownst to them that what they will be participating in is far from an act.

1986Rating: PG, The content is mild in impact102 minsUSAEnglish, Spanish and German with English subtitles
ComedyWestern

[Three Amigos is] a goofy delight. It's like a cross between a big-budget Three Stooges movie and a Hope-Crosby road picture, with dozens of old cowpoke gags thrown in to spice up the brew.

A few choice morsels of brilliant humour can't save Three Amigos! from missing the whole enchilada.

If you enjoy brainless slapstick that allows space for irrelevant absurdities like a singing bush and an invisible swordsman, it's entertaining enough.

Three Amigos is likable, but it never really finds a distinctive style. Not quite parody and not quite serious, it's more like a lengthy costume party.

All great farces need a certain insane focus, an intensity that declares how important they are to themselves. This movie is too confident, too relaxed, too clever to be really funny.