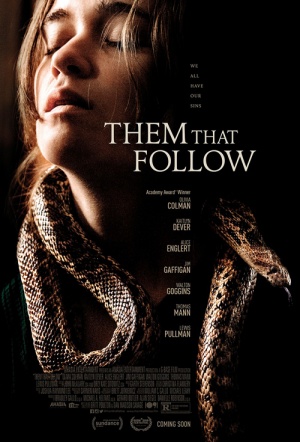 Alice Englert (Ginger & Rosa) plays a pastor's daughter who holds a secret that could break her community, one that's deathly dedicated to their God, in this Sundance thriller. Co-stars Walton Goggins (The Hateful Eight) and Olivia Colman (The Favourite).

"In the rugged wilderness of Appalachia, the members of an isolated community of Pentecostal snake handlers led by Pastor Lemuel (Goggins) risk their lives to attest themselves before God. Lemuel’s daughter Mara (Englert) prepares for her upcoming wedding to the young believer her father has singled out for her under the watchful eye of Hope (Colman), while scrambling to hide a secret that has the potential to drive her father’s church to ruin." (Sundance 2019)