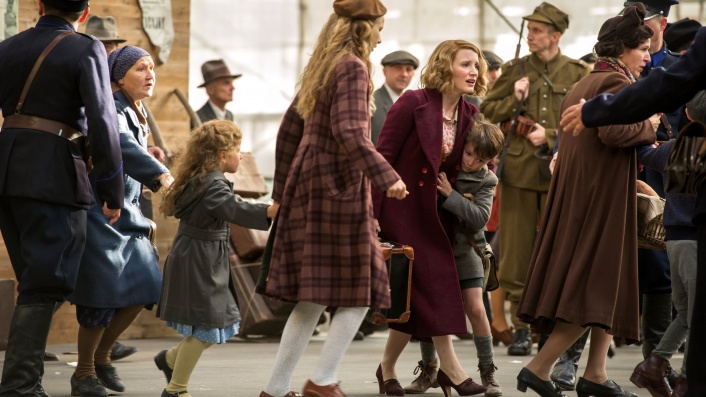 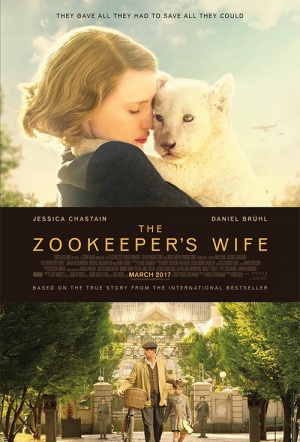 The real-life story of one working wife and mother who became a hero to hundreds during World War II. In 1939 Poland, Antonina Żabińska (Chastain) and her husband, Dr. Jan Żabiński (Johan Heldenbergh), have the Warsaw Zoo flourishing under his stewardship and her care. When their country is invaded by the Nazis, Jan and Antonina are stunned – and forced to report to the Reich’s newly appointed chief zoologist, Lutz Heck (Daniel Brühl). To fight back on their own terms, Antonina and Jan covertly begin working with the Resistance – and put into action plans to save lives out of what has become the Warsaw Ghetto, with Antonina putting herself and even her children at great risk.

Director Niki Caro (Whale Rider) recently completed Disney’s McFarland, USA and it won’t be long until she finishes Disney’s live-action Mulan. Her in-between feature, The Zookeeper’s Wife, is no Disney flick. Based on the true story of Polish animal tender Antonina Żabiński (Jessica Chastain) and her husband Jan (Belgium actor Johan Heldenbergh), the film follows the couple’s colossally brave decision to transform their bomb-mangled zoo into a safe haven for Jews during WWII. It doesn’t rewrite Schindler’s List, but Caro delivers enough compassionate hugs and kicks to the gut to make the story worthwhile.

Caro's movie fails to muster even a fraction of the suspense such life-and-death material naturally demands.

Jessica Chastain is relaxed with some actual lion cubs, and there's a bunny that should win an Oscar. But when the film pivots to the scared human beings down below, you get a hint of the weirder, tougher drama it might have been.

A polite but pallid recycling of Holocaust movie tropes with epic pretensions.

...has moments of power but also suffers from an uneven script.

Belief begets belief, and the faith that star Jessica Chastain and director Niki Caro have in "The Zookeeper's Wife" turn this World War II drama into an emotional experience that is straight-ahead but satisfying.

The movie's central figures and their experiences have been cleansed of complexity, embalmed in a sort of hagiographic glaze that makes even the pain look pretty.

Has the occasional flash of brilliance that lifts it slightly above the average.

The Zookeeper's Wife is available to stream in Australia now on Stan and Google Play and Apple TV and Prime Video Store.