Man's inhumanity to man (or in this case - woman).

This has to be the most powerful and shocking fact-based movie we have ever seen. It is the story of people trafficking and sex slavery in Bosnia after the war for the express purpose of gratifying the needs of UN and contractor personnel. It exposes crimes and depravity, intrigue, corruption and cover-up committed by UN personnel and their contractor staff. Nevertheless, it is an important and shocking story that reveals not just the facts, but also the enormous courage of one who would not be intimidated, even in the face of likely execution. The strong cast including Vanessa Redgrave, Rachel Weisz and David Strathairn played excellent roles. We are divided in our opinion about some of the cinematography techniques used, but we all agree that this story could have been much more skilfully told with better direction. This is R16, with language, violence and brutality, both physical and emotional, in abundance; but is far from salacious. 4 stars. 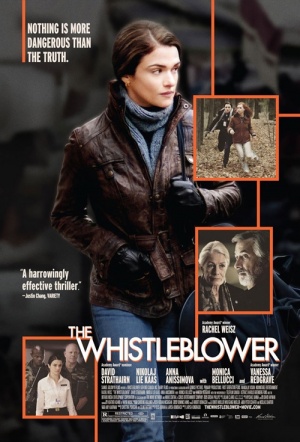