The War of the Worlds: Alive on Stage 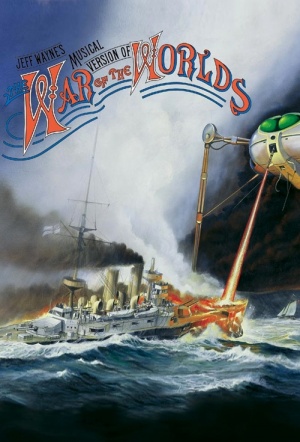 Jeff Wayne’s stage musical version of The War of The Worlds, filmed in front of a sell-out audience at London’s O2 Arena on 15th December 2012. Based on H.G. Wells' Victorian  sci-fi tale of a Martian invasion of England. Features Liam Neeson.

A multi–media experience, the stage show includes a host of special effects with CGI on a 100ft–wide 'animation wall', pyrotechnics, illusions and leaf drops. Filmed in high definition and 5.1 surround sound.