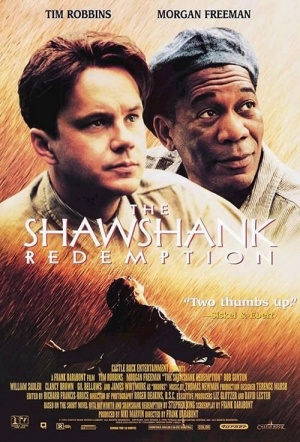 In this adaptation of a Stephen King short story, Andy Dufresne (Tim Robbins) is an innocent man in Shawshank Penitentiary, jailed for life for the murder of his wife. He forms an unlikely friendship with fellow lifer Red (Morgan Freeman), as he adjusts to a future behind bars.

The film is universally loved and it’s easy to see why. It’s a classic battle between good and evil that avoids cliché while making the concept of hope seem so powerful and liberating that only those with a heart of stone won’t be moved. Every performance is fantastic and the finale is impossibly uplifting, a worthy ending to a movie that has proven nearly impossible to dislike.