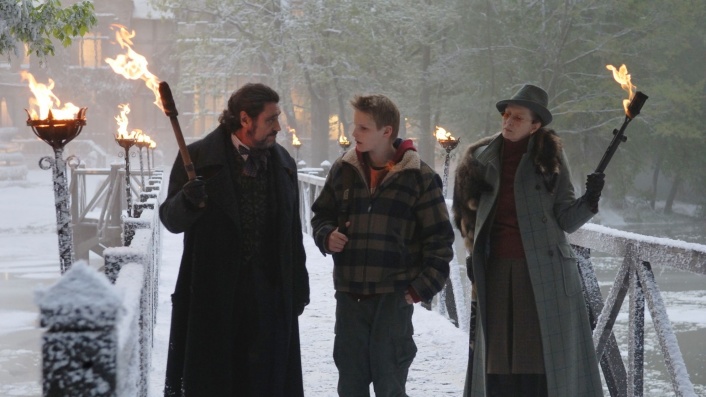 The Seeker: The Dark Is Rising 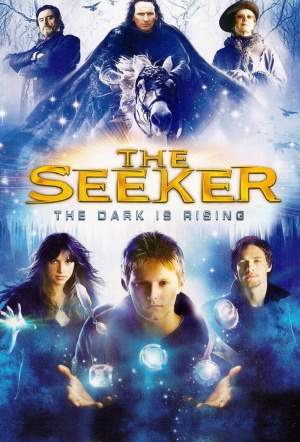 Harry P and Peter J have opened the fantasy floodgates. And the latest is this adaptation of the popular ‘The Dark Is Rising’ children’s novels by Susan Cooper (written in the 60s/70s). Story follows young Will Stanton, a boy ‘chosen’ to save the world from ‘The Dark’.

The Brit story is Americanized, with Will (Ludwig) the youngest of 6 American sons transplanted to England. Not comfortable amongst his peers, and privy to ominous signs, eventually he learns he’s been burdened to save the world from dark forces intent on… evil things, He battles against a nemesis called Rider (Eccleston), but is aided by the Old Ones (including Ian McShane), on his otherworldly quest for six magical 'signs'.
200799 minsUSA
AdventureFantasy

The Seeker: The Dark Is Rising / Reviews

Slick, good-looking, cluttered pic won't please fans of novelist Susan Cooper's original "The Dark Is Rising" sequence. But then, they are mostly grown-ups by now, and this very Hollywood-style adaptation of a very English book is aimed squarely at tweens...

Feels passé and lacks a charismatic lead. Too bad Daniel Radcliffe is an only child...

The film plods along without a lot of excitement or inspiration...

The books' magic was rooted in its ties to Arthurian legend and British folklore, grandiose elements which Cunningham and Hodge have stripped...

Off-the-shelf teen fantasy not likely to satisfy the post-Potter/LOTR crowd but guaranteed to enrage fans of the source novel. The newly added quasi-religious overtones don’t help either...

By ditching most of the Arthurian/pagan mythology of Susan Cooper's novels, and Americanising its young hero, The Dark Is Rising loses much of what makes the books interesting in the first place. What you're left with is a standard find-the-magical-items quest that takes forever to get going and then scoots through the action with barely a nod to suspense or even coherence. Will's quest for six magical "signs" feels as arbitrary as Sonic the Hedgehog collecting coins...