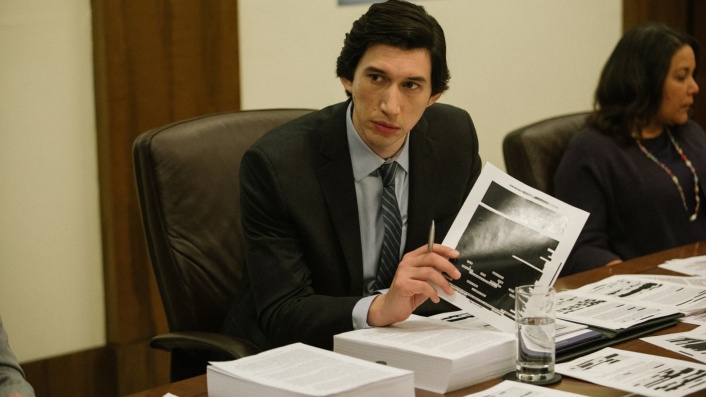 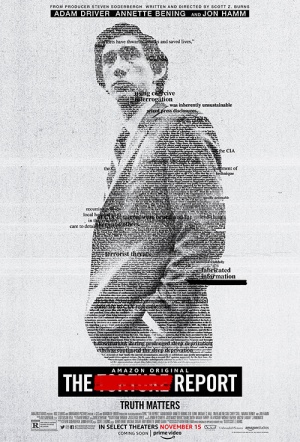 "Senate staffer Daniel Jones (Driver) is assigned the daunting task of leading an investigation into the CIA’s Detention and Interrogation Program. After analyzing extensive evidence, he learns about the “enhanced interrogation techniques”—proven to be brutal, immoral, and ineffective—that the CIA adopted after 9/11. When Jones and the Senate Intelligence Committee attempt to release the results from his investigation, however, the CIA and White House go to great lengths to prevent the truth from getting out." (Sundance 2019)

The Report is an indignant retelling of how Jones (Adam Driver) came to write his 6700-page history of the agency’s ghoulishly named “enhanced interrogation” programme. And although it may feel uncomfortable to be entertained by such a serious and important story, the film is undoubtedly exciting.

Ultimately, the film is a character study as much as anything else – focused, obviously, on Americans, not on the actual victims of torture. Burns has been lucky in his actors, starting with Driver, whose performance is one long slow burn.

…a gripping, intelligently written and deftly constructed thriller, and of course all the more compelling because it’s true.

I left its... premiere on an adrenaline high as if I'd just seen the latest Mission: Impossible movie, giddy from the ride I'd just taken.

A large-scale saga of corruption, justice, and overwhelming relevance that's at once gripping and eye-opening, even if you're the sort of news junkie who thinks they already know the story.

A sturdy testament to getting your story straight before adding embellishments.

A sober, and sobering account of the Senate's investigation into the CIA's enhanced interrogation techniques...

Parcels out its intel efficiently enough, though it creaks a bit more than it crackles.

You can agree with its thrust while still feeling something majorly irresponsible has happened with Scott Z. Burns's tunnel-visiony direction and hectoring script; he makes Aaron Sorkin seem restrained.