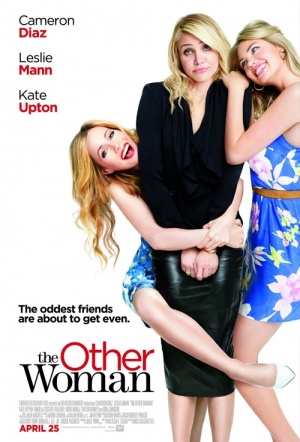 From the director of The Notebook, a comedy about three women (Cameron Diaz, Leslie Mann and Kate Upton) who become unlikely friends and co-conspirators of vengeance when they discover the man they love (Game of Thrones’ Nikolaj Coster-Waldau) has been two-timing all of them.

After discovering her boyfriend is married, Carly (Diaz) tries to get her shattered life back on track. But when she accidentally meets the wife he's been cheating on (Mann), she realises they have much in common and her sworn enemy becomes her greatest friend. When yet another affair is discovered (Upton), all three women team up to plot mutual revenge on their cheating, lying, three-timing SOB.

The Other Woman / Reviews

A frivolous comedy like The Other Woman must be taken with a grain of salt. But even if you turn up to the cinema with a truck load of Sodium Chloride, your patience will be tried.

The cast are so darned good they turn dross into watchable escapism.

The film is able to coast on the camaraderie between its stars.