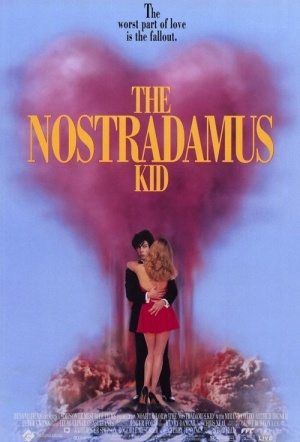 Australian comedy-drama following the religious and sexual coming-of-age of a 1960s Seventh-day Adventist boy. Ken (Noah Taylor) is a "randy young man" who, told that the world is about to end, has only one goal to accomplish: bedding the love of his life, the local pastor's daughter. Writer-director Bob Ellis based the story on his own experiences.

The first part of the film shows Ken at a church summer camp. Already an unpopular member of the church, he finds trouble by asking sacrilegious questions and eyeing the preacher's alluring daughter. Years later, Ken is working at a university newspaper and living outside the church. Still plagued by a fear that the world is to end, his current relationship with the lovely Jennie (Miranda Otto) is put under strain when he insists she drive him far away from Sydney as he anticipates nuclear war as a result of the Cuban Missile Crisis.

Blending melancholy humor with hard-edged nostalgia... an autobiographical film of distinction. Almost like a cross between Woody Allen and Francois Truffaut, but with a distinctively Australian tone.