Strange... no real "conflict", which made the film pretty boring in general. While it did get off to a charming start, the second half just kind of rolled along - with the exception of a rather amusing break-and-enter sequence, which was then undone directly afterwards by a super-cringey bar scene between the culprits and Anne Hathaway's character (she does not do "drunk" well). All in all, an inoffensive, light and mildly entertaining film - which in all likelyhood would be on Lifetime TV, if not for the A-list stars.

And on a side note - despite being set primarily in Brooklyn, NYC, I only counted one black person (a receptionist with one line). While I don't want to get into the whole Hollywood whitewashing thing here, I must admit, that was a little bit facepalm-y 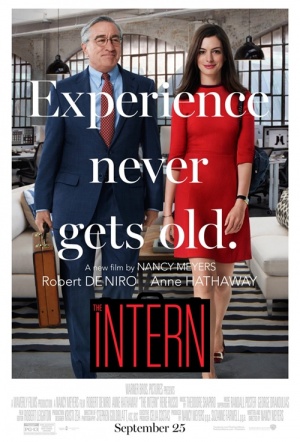