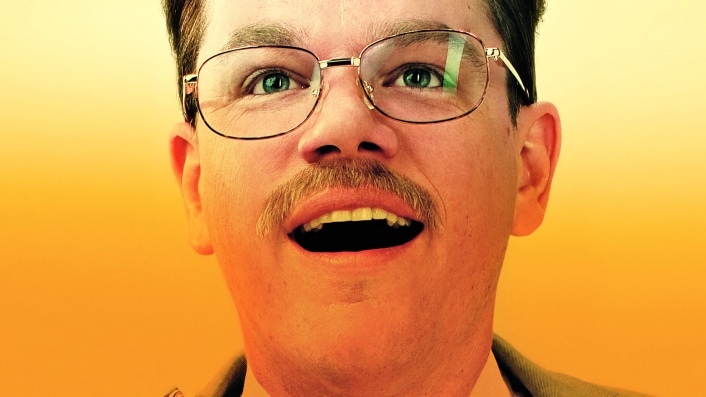 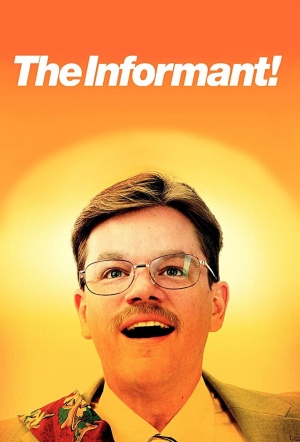 A true story becomes a comedy-thriller in the hands of director Steven Soderbergh. Matt Damon plays Mark Whitacre, an Ivy League Ph.D. who was an executive at agri-business giant Archer Daniels Midland (ADM) in Illinois in the early 1990s.

Whitacre agreed to go undercover to help the FBI confirm price-fixing accusations but eventually cracked from the pressure. After working undercover for years, he became extremely manic, stopped sleeping during most nights, and was seen using a gas leaf blower on his driveway during a thunderstorm at three o'clock in the morning.

Amusingly eccentric rather than outright funny.

Matt Damon's old-fashioned, brilliantly calibrated character turn as a corporate schnook-turned-whistle-blower; and Marvin Hamlisch's retro-groovy score. For the movie's first hour or so, the pair of them together make for four-star entertainment. The last half hour, not so much.

There is devilish fun in this look into 1990s white-collar crime. But the jokes are the kind you choke on.

As Soderbergh lovingly peels away veil after veil of deception, the film develops into an unexpected human comedy. Not that any of the characters are laughing.

Good, lighthearted fun with a great performance by Matt Damon.

The whole film, a comedy about crime and mental illness, seems at war with itself.

It sets out to be less pompous than similar films, which inevitably means it feels less substantial. While amusing rather than hilarious, it ought to establish Matt Damon as a star character actor.