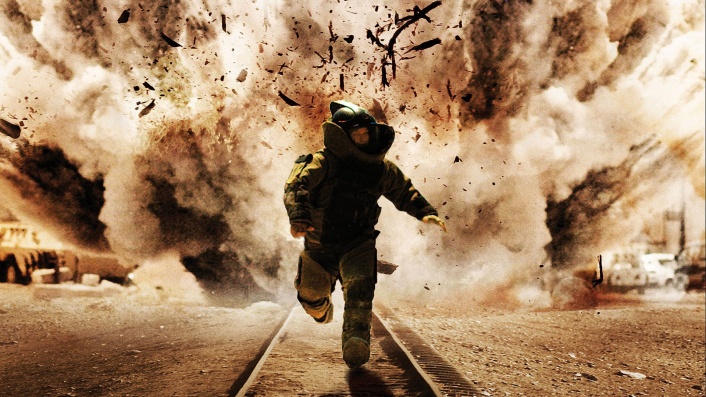 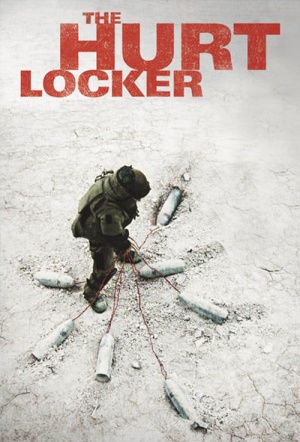 This war zone thriller follows three members of the Army's elite Explosive Ordnance Disposal (EOD) squad as they search for and disarm a series of roadside bombs on the streets of Baghdad.

The story, a look at the psychology of bomb technicians and the effects of risk and danger on the human psyche, is a fictional tale inspired by real events experienced by journalist and screenwriter Mark Boal, who followed a special bomb unit in Iraq. The title refers to the soldier vernacular to speak of explosions as sending you to the 'hurt locker'.

The Hurt Locker is a near-perfect movie about men in war, men at work.

The most skilful and emotionally involving film yet made about the (Iraq) conflict.

A combustible drama that shakes you in ways you don't see coming.

The first great film about the war in Iraq.

A showcase for austere technique, terse writing and a trio of brilliant performances.

Both the film about the war in Iraq that we've been waiting for and the kind of unqualified triumph that's been long expected from director Kathryn Bigelow.

An exercise in pure cinema that tells its story using every visual, aural and sensory element the medium has to offer.

Bigelow's understanding of the psychological aspect of action... sets her apart.

Reveals more about the realities of contemporary military conflict than most documentaries.

A blazingly powerful action movie... whose unpretentious clarity makes for a refreshing change.

In its gutsy, bare-bones beauty, The Hurt Locker is not simply a war movie. It is war poetry.

There is something original and distinctive about the film's willingness to admit that for some men (and many moviegoers) war carries an intrinsic dramatic charge.

Boal's script stirs a little of everything into the pot, which boils down into seven setpieces divided by brief intervals of camaraderie/conflict among the three protags.

Bigelow makes a welcome return with a thrilling, edgy and, yes, explosive film about the toughest job in the world. What’s The Hurt Locker? Something special.

The best nondocumentary American feature made yet about the war in Iraq.

Stretched both timewise and for plausibility.

Tensely action-packed and muscularly directed by Kathryn Bigelow, this tale of an elite U.S. army bomb disposal unit in Baghdad is a familiar story in new clothes, targeted at the young male demographic.

The most literally exciting film you will see this year. Forget the off-putting banner of another Iraq movie -- go, watch, marvel, endure and book in the palliative of a stiff drink afterwards.

A great film, an intelligent film, a film shot clearly so that we know exactly who everybody is and where they are and what they’re doing and why.