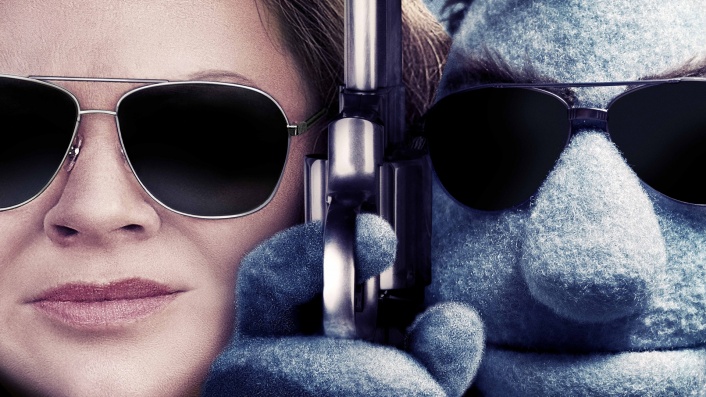 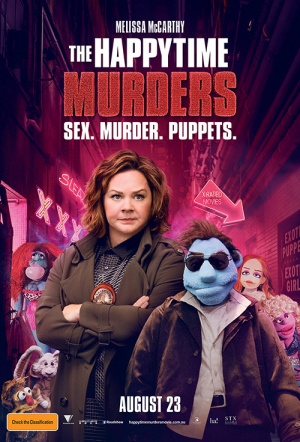 A serial killer is targeting the members of an '80s TV show in this mystery comedy starring Melissa McCarthy, Elizabeth Banks, Maya Rudolph and Joel McHale.

In a world where puppets co-exist with humans as second class citizens, puppet private eye and disgraced ex-cop, Phil Phillips, is hot on the trail of the serial killer who murdered his brother and is now targeting the cast members of the famous '80s television show, “The Happytime Gang.” Phil teams up with former police partner (McCarthy) to catch the killer before his next victim - Phil's ex (Banks).

The Happytime Murders takes place in a world in which sugar is to puppets what crack is to people. In a dark den tucked away in a slummy neighbourhood where, as narrator Phil (voice of Bill Barretta) intones in quintessential noir style, “the sugar is cheap and the sex  is cheaper", a semi-comatose junkie snorts sweet stuff off a urine-covered hand mirror. Outside skimpily dressed sex workers are desperate to turn tricks for chump change.

There's a lot of potential in this racy puppet caper that carries the Henson legacy on, but unfortunately too many of the jokes are lame. Dirty puppet movies aren't new and while it is always a novelty to have them swearing, fornicating and killing, most of the gags done here have been done better elsewhere, before.

Its most fatal miscalculation is the decision to frontload so many of its crassest setpieces into the first 15 or 20 minutes, depriving the rest of the film of the shock value...

Stuffed with lifeless gags, this cringeworthy puppet provocation is too pleased with its own naughtiness.

As with all overwhelmingly poor movies, it’s the delicate confluence of many varied factors that creates the critic’s familiar feeling of despairing hopelessness in the cinema.

...in a deserted cinema at 10am, this film still made me laugh out loud a few times. On a Friday night, after a few jars with a like-minded crowd it might just be terrific.

If The Happytime Murders isn’t the worst movie of the summer, I tremble at the thought of whatever’s coming out next week.

It's more than funny enough, packing lots of genuine, if frequently tasteless, laughs into its relatively brief running time.

Who Framed Roger Rabbit meets Meets The Feebles, in a disappointing adult comedy that never lives up to the promise of its premise.