The Girl by the Lake (La ragazza del lago) 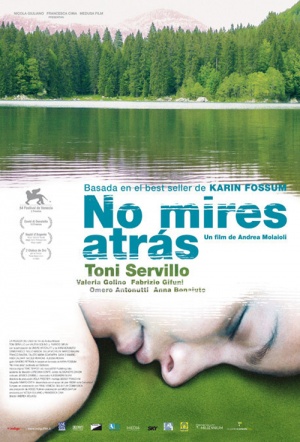 In this Italian murder mystery that swept the 2008 David di Donatello Awards, an idyllic town in the Italian Dolomites is shocked by the murder of young and beautiful Anna; her body found naked at the edge of a lake with no signs of sexual assault or struggle.

Inspector Giovanni Sanzio (Toni Servillo, who won the Best Actor award at the 2007 Venice Film Festival for this performance) is called in from the provincial capital to solve the crime, but the victim proves as mysterious as the crime itself. Suspicion first falls on village simpleton Mario, then transfers to Anna's lay-about boyfriend, Roberto, and even her father, Davide, whose home movies of his daughter pay more attention to her body than would seem appropriate. Indeed, the more Inspector Sanzio and local cop Siboldi (Fausto Sciarappa) dig, the more questions arise.

Based on the Norwegian novel Dont Look Back by Karin Fossum. (Source: Italian Film Festival)