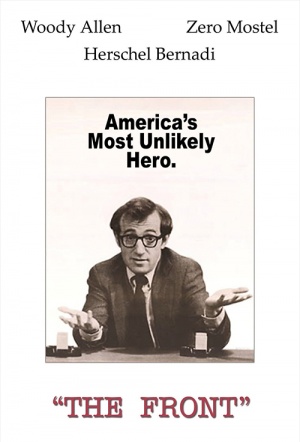 Woody Allen stars in this comedy-drama set against the Hollywood blacklist of the 1950s. Nominated for an Oscar for its screenplay by Walter Bernstein (who was blacklisted at the time the movie was set).

In 1953, a cashier (Allen) poses as a writer through whom blacklisted talents could submit their work, but the injustice around him pushes him to take a stand.

An empty monument to the senility of American liberalism.

It recreates the awful noise of ignorance that can still be heard.

Bernstein smartly suggests how capitalism actually benefited from the oppression of suspected communists.

The tragedy implied by this character tells us what we need to know about the blacklist's effect on people's lives; the rest of the movie adds almost nothing else.