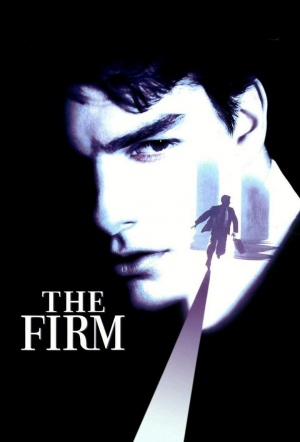 Mitch McDeere (Cruise) is a young man with a promising future in law. About to sit his Bar exam, he is approached by 'The Firm' and made an offer he doesn't refuse. Seduced by the money and gifts showered on him, he is totally oblivious to the more sinister side of his company. Then, two Associates are murdered. The FBI contact him, asking him for information and suddenly his life is ruined. He has a choice - work with the FBI, or stay with the Firm. Either way he will lose his life as he knows it. Mitch figures the only way out is to follow his own plan...

“The Firm” is a smooth adaptation of John Grisham’s giant bestseller that is destined to be one of the summer’s strong audience pleasers.

For all the money and talent lavished on filming The Firm, the best seller by former lawyer John Grisham, you can’t help feeling let down. The book moved at turbo speed. At two and a half hours, the movie crawls...

By the end, despite McDeere's breathless explanations during phone calls in the middle of a chase sequence, I was fairly confused about his strategy. But I didn't care, since the form of the movie was effective even when the details were vague.