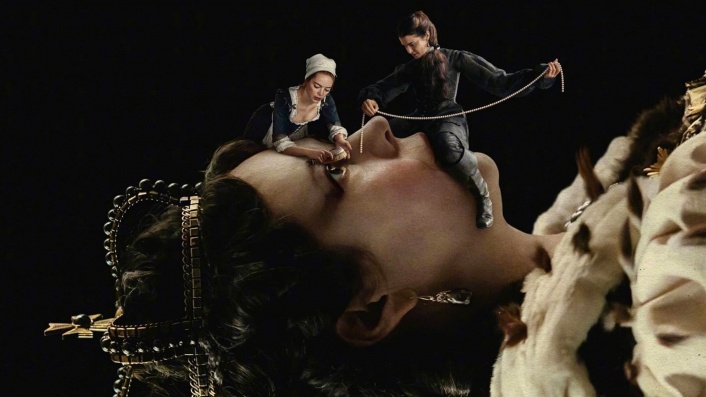 It's history, Jim, but not as we know it.

So, another historical drama from Yorgos Lanthimos. Much more energy than his other work, propelled along by the angry tension between its leads. Takes a different direction from other period dramas, reducing its world to, essentially, the royal household. As such, more similar to a romantic drama such as Shakespeare in Love than the grand spectacle of, say, Kenneth Branagh's Henry V. This story is not so much Pride and Prejudice as Anna Karenina: -

All happy families are alike; each unhappy family is unhappy in its own way.

The director mostly takes a back seat for this work, except for a few self-indulgent landscape shots through fish-eye lenses towards the end of the film. In sum, a welcome relief from plodding melodramas starring Colin Farrell, and a jump to a sort of all-female Blackadder. 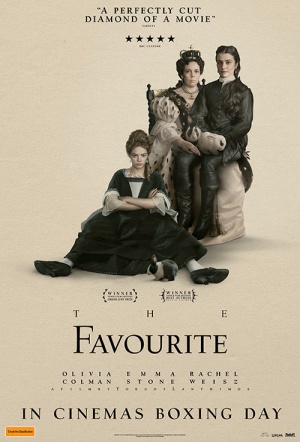