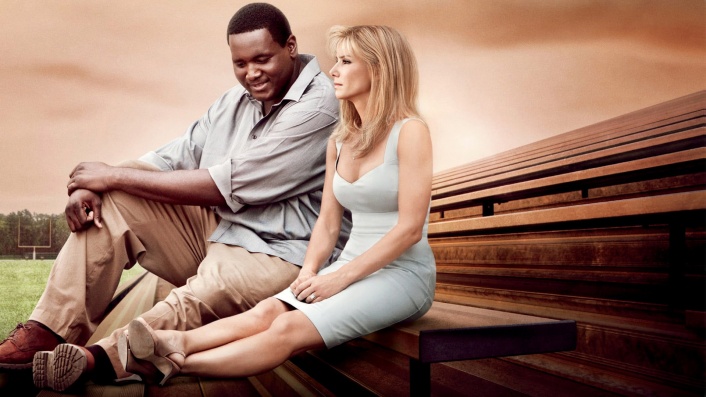 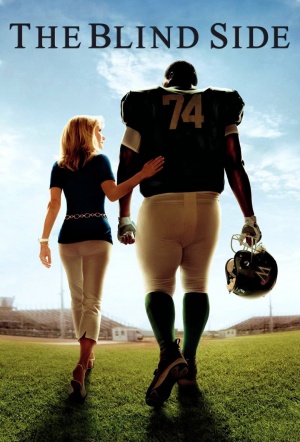 Big teenager Michael (Quinton Aaron) is surviving on his lonesome, virtually homeless, when he is spotted on the road by the well-to-do Leigh Anne Tuhoy (Sandra Bullock, in her Oscar winning role). Learning that he is one of her daughter's classmates, Leigh Anne insists Michael stay at the Tuhoy home for the night.

What starts out as a gesture of kindness turns into something more as Michael becomes part of the family and Leigh Anne takes a keen interest in his grades, his American football form and the company he keeps.

Based on a true story.

The Blind Side / Reviews

About the most incongruous thing about Blindsight may be its attractiveness. It’s gorgeous. Obviously not the sheen of a well-shot drama, neither is this the nature-as-achingly-beautiful-compositions of Baraka’s ilk. No, Blindsight is just shooting on the fly, with very little in the way of cameraperson-as-rock-star; but just because of its setting, the picture often manages a simple, effortless grandeur that’s hard to force.

I can see why The Blind Side did well in America and I can see how it will resonate with some here.

Massaging the facts for extra movie sentimentalism, Hancock’s drama has a severe case of selective myopia. As feel-good multiplex fodder goes, however, it’s an emotional smartbomb.

The film, not unsurprisingly for a holiday- (and football-) season release from a major Hollywood studio, plays this story straight down the middle, shedding nuance and complication in favor of maximum uplift.

Formulaic, but uplifting and wholesome entertainment.

It was in the very ho-hum almost lazy movie-by-numbers way this film was delivered which sucked all the drama from it.

Wisely, Hancock has given the film as much humor as heart.

Bullock is an irrepressible hoot in writer-director John Lee Hancock's otherwise thoroughly conventional take on Michael Lewis' fact-based book "The Blind Side: Evolution of a Game."

Bullock delivers a towering performance that grabs the movie and the Oscar race by the scruff of the neck. You will be moved, but at the price of any nuance or complexity.