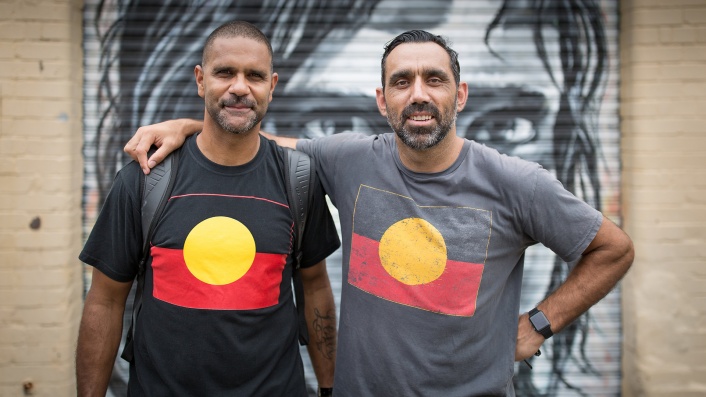 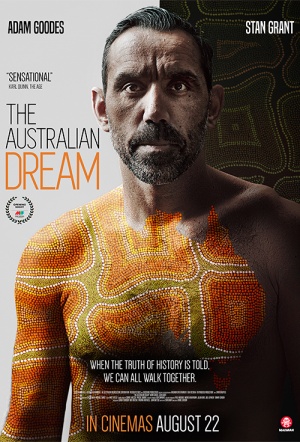 Documentary based on the life of former AFL star and advocate for Indigenous causes, Adam Goodes. From BAFTA-winning filmmaker Daniel Gordon.

The beginning of the end of Goodes' career was when he became the target of racial abuse during a game, which later spiralled into public backlash against him. Speaking out publicly about racism when Australia was unwilling to hear the truth, he retired quietly from AFL, heartbroken. This film explores Australia’s relationship with race and its ability to confront its own past.

A fascinating study of modern Australia. This documentary is fascinating, harrowing and candid, allowing – for better or worse – Goodes to have the final word on his ending.

Anger and injustice rightfully, palpably seethe from The Australian Dream, but the documentary is most effective in putting its call for reconciliation into practice.

This is not a pleasant film to watch by any stretch, but it's certainly an impactful one.

To put it in more emotional terms, if The Final Quarter left you seething at how appalling this country sometimes is, The Australian Dream might have you feeling cautiously optimistic about how good it can be - if it has the will to try.

Emotive, inspiring and argumentative, driven by a clear desire for justice and equality.

It's an unashamedly polemical film. Grant himself is a pervasive presence on screen, eloquently summarising the state of the nation's moral health and backing up Goodes with the worst of his own experiences as a young Indigenous man.