Rushed into production before Sony lost the rights. The Amazing Spider-Man was a flawed yet fun Spidey movie. This sequel however, a huge disappointment. It has it's moments, but The Amazing Spider-Man 2 suffers from a lengthy, overstuffed 142-minute running time. Andrew Garfield and Emma Stone have great chemistry, but Peter Parker comes across as creepy, obsessing over Gwen Stacy, stalking her. Dane DeHaan is a good actor, and I liked him as Harry Osborn and Green Goblin. Jamie Foxx was very good as Electro. His character Max Dillon, is an unnoticed loser who loves Spider-Man. Foxx makes the character almost sympathetic. Paul Giamatti feels like he belongs somewhere in a Joel Schumacher Batman movie. Giamatti plays Alekski Sytsevich or The Rhino, an embarrassing Russian stereotype who shouts a lot. The film constantly shifts tone and has a clumsy script. The Amazing Spider-Man 2 is a visual spectacle, but has few action and thrills. Andrew Garfield, Emma Stone and Dane DeHaan give it there best. But The Amazing Spider-Man 2 is the most disappointing movie of the year so far, and proof why only Marvel Studios should make Marvel superhero movies. 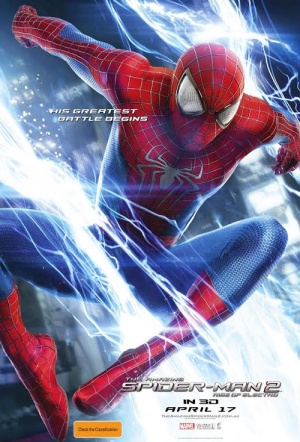