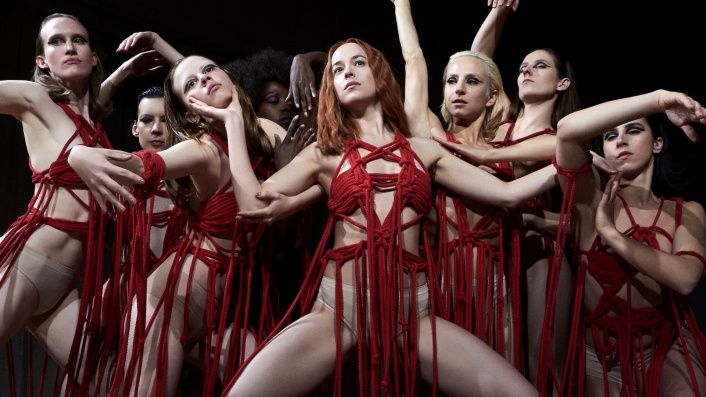 Now re-imagined by CALL ME BY YOUR NAME director Luca Gaudagnino, the story remains intact, with a young dancer attending the prestigious Markos Dance Academy in Germany, only to discover it is run by a coven of witches.

The new version is set in a still divided 1977 Berlin, a time and place which provide a suitably loaded political setting and grim, austere backdrop to the strange goings on.

Gaudagnino has claimed inspiration from the German filmmaker Rainer Werner Fassbinder and, like Fassbinder’s work, this SUSPIRIA is slow, thoughtful, pondering, deliberate and builds not so much a sense of tension as a general eerie aura of off-kilter oddness.

Personally, I missed the wildly over-the-top, operatic craziness of Argento’s original giallo, replete with colour and pace that built tension and piled on the disturbing imagery and sound. Argento’s soundtrack was by Italian band Goblin, but in this version it’s Thom Yorke of Radiohead who provides the haunting score, in a film full of symbolic images, meditating on the nature of the feminine, creativity and power.

Whereas Argento employed a startling, bright colour palette and deliberately disconcerting camera angles, Gaudagnino delivers much of his movie in dull, drab tones, so as to contrast them with the bright colours employed in the film’s climax.

Twisted body horror scene aside (in which Dakota Johnson’s Susie dances, whilst the dancer she’s replaced is literally smashed to pieces in another room by her movements), the only true terror comes in the form of swiftly edited and highly effective montages, featuring maggots and blood.

Part fairy tale, part body horror, as in BLACK SWAN, perhaps the dancers and their teachers symbolise the artist striving for perfection.

Think WHIPLASH, only with dance rather than drums driving the protagonists to their limits. The cast are all-round great, with Chloë Grace Moretz as Patricia, Mia Goth as Sara, and Tilda Swinton playing several characters, beneath some pretty impressive make-up and latex.

Gory and blood-spattered, it’s a thoughtful meditation on matriarchy, but oh is it slow, to the point it becomes something to muse on, but so far removed from emotion it fails as a horror movie because it’s simply not scary.

Perhaps that’s the point. Stanley Kubrick’s THE SHINING comes to mind. Slow and deliberate with stunning imagery, but rarely does it scare because it fails to connect emotionally.

Yeah, I know, like comedy, horror is subjective, so if you like your terror served in slow drip, drip, drips – SUSPIRIA may be for you. Certainly it’s beautifully and deliberately crafted, but at two-and-a-half-hours it ends up more art-house than charnel house, more thoughtful than terrifying, more ponderous than powerful. 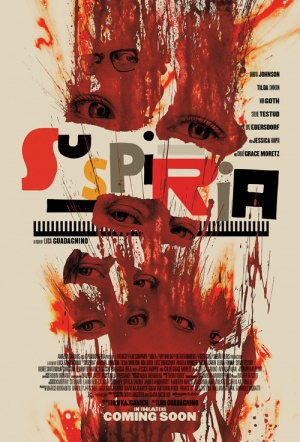