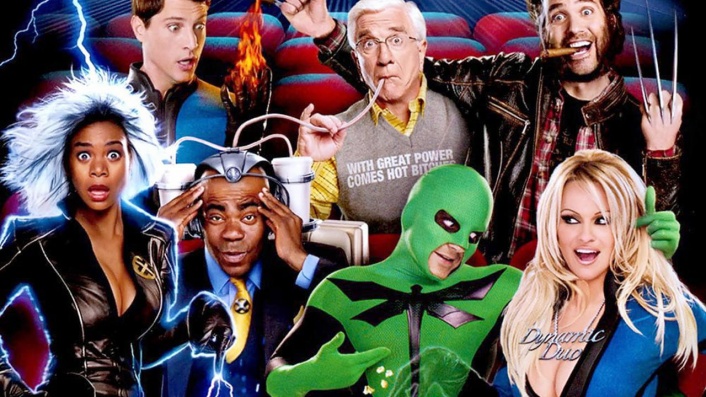 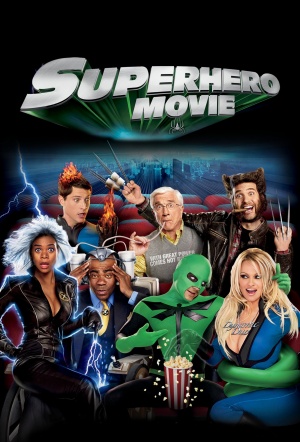 Ye gods. Here comes another spoof movie, from the writer of Scary Movie 3 and Scary Movie 4 (He hasn’t been stuck in a rut there, no, not at all). This time everything from Batman Begins to The Fantastic Four is in his targets (Um, wasn't that last one already a colossal joke?).

The story follows high school loser Rick Riker, who gets bitten by a dragonfly and develops superhuman abilities like incredible strength and armoured skin. Rick decides to use his new powers for good and becomes a costumed crime fighter known as 'The Dragonfly'. He soon finds himself fighting his nemesis 'The Hourglass'.

Given the abysmal quality of recent spoof pics, it's saying something that Superhero Movie provides a fairly steady stream of midsized laughs -- and even the 40% or so of gags that just lie there aren't actively painful.

No real mockery is intended by this harmless, mindless grab bag of slightly used gags, which lampoons some of the conventions of recent comic-book epics and adds the expected staples of juvenile humor: urine, vomit and intestinal gas.

The very act of writing critically about Superhero Movie inspires something of an existential crisis -- no one likely to turn out for it is reading this review, and anybody reading this review is probably not inclined to see it under any circumstances.

Predictable, flat, full of name-dropping, tragically unhip, and likely to make a decent amount of cash.

Seems to have been given the comedy equivalent of blood thinner. It has the blazing satirical boldness to skewer the first Tobey Maguire Spider-Man -- and, amazingly, not much else.

The fast-paced combination of visual and verbal japery feels like a throwback to that golden age of spoofing 25 to 30 years ago.