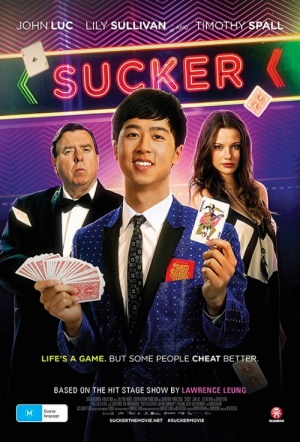 Australian con comedy, based on the hit stage show by Lawrence Leung. Stars YouTube celeb John "Mychonny" Luc as a useless high-schooler in his final year who is taken under the wing of an old hustler (Timothy Spall).

When 18-year-old Lawrence (Luc) is caught cheating on his final year math exam, he fails to get into medical school and is banished to stay at his uncle’s house for the summer. By chance he meets ‘The Professor’ (Spall) - an aging conman who invites Lawrence to join him and his sharp-tongued daughter on a road trip.

Colourful and undemanding, with knowing nods to some of cinema’s classic con-artist dramas.