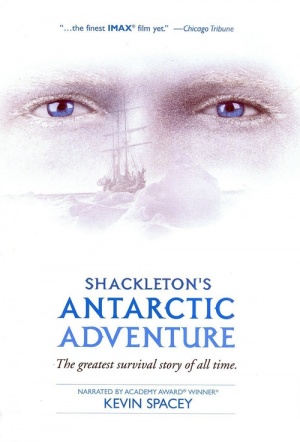 Short documentary recounting the epic story of legendary British explorer Ernest Shackleton (1874 - 1922) and his 1914-16 British Imperial Trans-Antarctic Expedition. While Shackleton and his team never accomplished their goal (crossing the Antarctic continent), the expedition has become a larger-than-life testament to human survival and tenacity, with all 28 men surviving nearly two years in the frigid environment after their ship, Endurance, was caught in pack ice and eventually crushed.

In 1999 and 2000, director George Butler (Pumping Iron) and a team of mountaineers undertook two expeditions to the Antarctic, retracing and re-creating Shackleton's journey. Butler uses this footage, shot on IMAX cameras, and original footage taken by the Endurance's official photographer to tell the story. Originally a feature length documentary (The Endurance: Shackleton’s Legendary Antarctic Expedition), the film was recut for IMAX presentation.