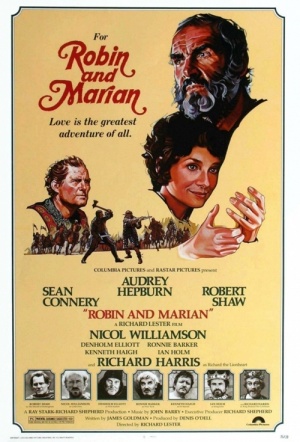 The legend of Robin Hood continues with Oscar winners Sean Connery and Audrey Hepburn in this high-spirited adventure.

Many years have passed since Robin (Connery) led the fight for the poor people of Nottingham. Now, he and Little John return from the crusades under the command of King Richard the Lionheart (Richard Harris). But when Richard is accidentally slain, the mad King John assumes the throne, and Robin regroups the members of his old Sherwood Forest band. When the king orders the Sheriff of Nottingham (Robert Shaw), Robin’s old nemesis, to remove the clergy from the countryside, Robin moves swiftly into action. He rescues Maid Marian (Hepburn), his erstwhile love who has since become a nun, and their old flame is rekindled. But the rivalry between Robin and the Sheriff is also renewed, and now they must prepare for their final confrontation.