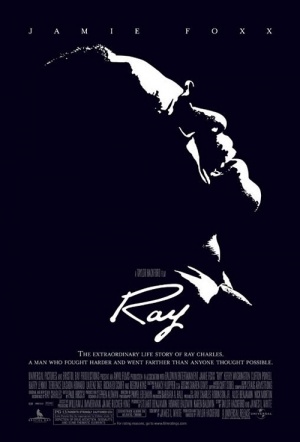 Jamie Foxx - in an Oscar-winning performance - is Ray Charles in this biopic of the legendary RnB musician. From his poverty-stricken childhood to his post-1960s success, the film details his musical influences, the chart success that helped bring jazz into the mainstream and the womanising and drug abuse that followed his fame. Co-stars Kerry Washington as Ray’s second wife (Washington would go on to co-star with Foxx again in Quentin Tarantino’s 2012 western Django Unchained).

A potent and invigorating portrait of genius, thanks to Jamie Foxx's performance and to the music of Ray Charles himself.

The movie would be worth seeing simply for the sound of the music and the sight of Jamie Foxx performing it. That it looks deeper and gives us a sense of the man himself is what makes it special.

Foxx's performance is nothing short of amazing, and Hackford's film overall does fine justice to Charles' musical legend and legacy.