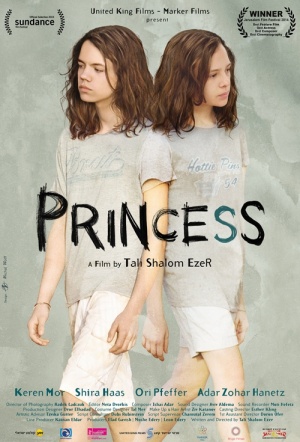 Hebrew-language drama, nominated for the Grand Jury Prize at Sundance 2015, that "tells an unsettling story about self-preservation in the wake of lost innocence" (Sundance Film Festival).

Adar, an androgynous 12-year-old girl, lives in a small apartment with her mother, Alma, and her young stepfather, Michael. The three co-exist in an unconventional and intimate way, with Adar often slipping into bed to sleep with Alma and Michael. While Alma is at work, Adar’s close relationship with the unemployed Michael has taken a dark turn, involving gender-bending role-playing games that turn fantasy into violation. As Adar’s home life turns increasingly intrusive, she begins to search for help outside, but discovers she must retreat into a new friendship with Alan, a waifish boy who looks startlingly like her, in order to cope.

A remarkable achievement in so many ways, but bound to deeply divide viewers.