One Man and his Cow 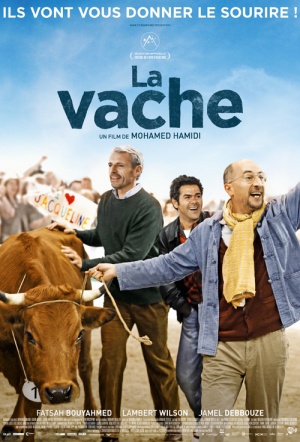 A simple man who has never left his country is finally given a reason to leave: to show off his cherished cow.

"Fatah is a simple Algerian farmer with a big dream: to show his beloved cow Jacqueline at the Paris International Agricultural Show. When – to the amazement of his whole village – he receives an invitation to the show, an intrepid journey begins for one man who has never before left his country. What starts as the simple struggle of crossing France on foot, becomes both a hilarious and an emotional journey as Fatah is embroiled in the tragedies and joys of those he meets along the way. As the Agricultural Show grows ever nearer, will Fatah and Jacqueline reach their destination in time?" (Alliance Française French Film Festival)