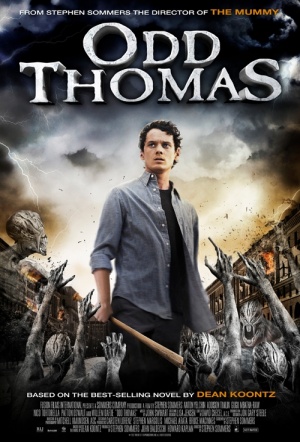 Comedy horror adaptation of the novel by Dean Koontz, about a fast food chef (Anton Yelchin) whose ability to communicate with the dead leads to the unleashing of dark, threatening forces. From the director of G.I. Joe: The Rise of Cobra.

Filmed in 2011, Odd Thomas has been delayed due a financial dispute between the film's independent investors. Image Entertainment eventually acquired the movie from that group, freeing it up for a 2014 release.