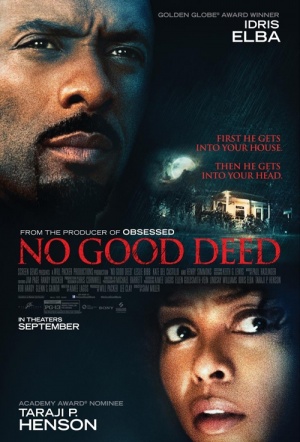 Home invasion thriller starring Idris Elba (Pacific Rim) as an unstable convict who escapes a prison transport van and occupies a remote household, where he takes a mother (Taraji P. Henson, The Curious Case of Benjamin Button) and her two kids hostage. From the director of TV’s Luther, which also starred Elba.

Ensuing action is tamely PG-13 in terms of graphic violence. Despite competent performances and packaging, dialogue and situations in Aimee Lagos’ script are too routine to create much excitement.

To the film’s mild credit, it’s the rare woman-in-peril thriller where the woman takes intelligent steps to defend herself.