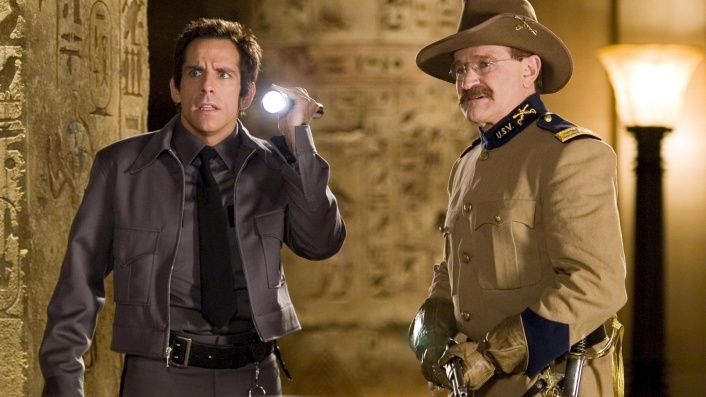 Night At The Museum 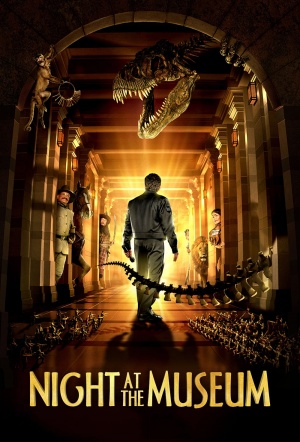 Museum security guard Larry dreams of big things despite being perpetually down on his luck – the classic Ben Stiller role. On the graveyard shift, Larry accidentally unleashes an ancient curse that brings the museum’s displays to life. Havoc ensues as Neanderthals start fires, Attila the Hun pillages other exhibits and the T-Rex runs rampant.

Night At The Museum / Reviews

This rambunctious, "Jumanji"-style extravaganza is a gallery of special effects in search of a story; rarely has so much production value yielded so little in terms of audience engagement...

For all its dazzling computer-generated sequences, "Museum'' wouldn't be nearly the delight it is without the talents of some of the best comedians in the business...

The bulk of the movie is a series of sight gags and set pieces that wreak much havoc but little else...

The premise of Night at the Museum is definitely a bit more creative than the standard family films we are used to at this time of year, but the problem is that the film is marred with many gags that are outdated and therefore feel cheap...

This energetically charmless 'family' fantasy lies there dead on screen, occasionally twitching at a funny line...

Drawn from a children's book by Croatian illustrator Milan Trenc, this fantasy isn't exactly heavy, but its ideological implications are interesting nevertheless...

Despite a couple of half-hearted romantic subplots and earnest messaging on the virtues of doing your homework, this trip to the museum ends up being unusually fun...