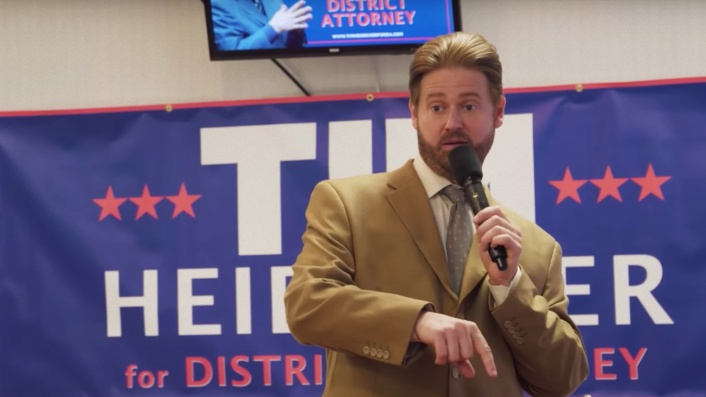 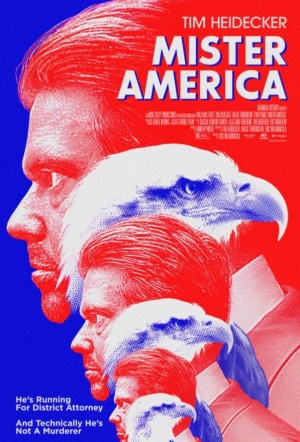 Tim and Eric's Tim Heidecker runs for San Bernardino County District Attorney, a position he absolutely does not deserve, in this mockumentary. Based on Heidecker's fictionalised persona, and following the events of, his long-running web series On Cinema at the Cinema.

A young filmmaker follows Tim Heidecker during the last month of his campaign for San Bernardino County District Attorney. Heidecker, who recently beat a murder charge for selling faulty e-cigarettes at an EDM festival, has mounted the campaign as an act of absurd revenge against the current DA, whom he faced in court. Despite a checkered past and no legal qualifications, he attempts to win over voters by leaning into his personal likability. It does not go well.

Mister America ambles through two overlapped realities (On Cinema's and our own) and reveals a pathos that makes its dry political comedy accessible beyond an ingrained fanbase, if not poignant.

Prolific actor-comedian-musician Tim Heidecker may have a sizable cult following but it's doubtful he'll find many new fans with his latest effort, the tedious and laugh-free mockumentary "Mister America."

A witless, one-note political satire whose deficiencies are even more glaring when such humour feels entirely redundant to our current state of affairs.

Although "Mister America" has inspired moments throughout, Tim's ignorance, insensitivity and ill-fitting tailoring aren't really good for 90 minutes of laughs.

The movie amounts to a few weak gags stretched out to feature length.