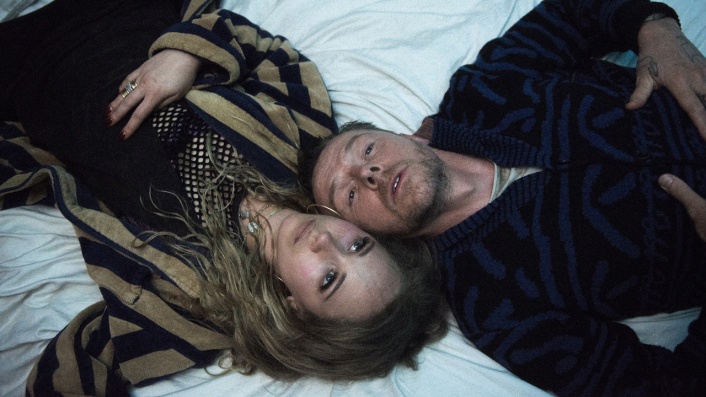 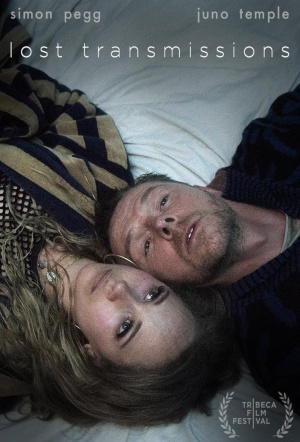 Simon Pegg is a schizophrenic L.A. record producer who refuses to take his meds in this indie drama co-starring Juno Temple (Maleficent) as his most recent love interest.

"After a memorable introduction at a party, aspiring songwriter Hannah (Temple) falls under the spell of talented record producer Theo Ross (Pegg). As they become fast friends and begin to collaborate, Hannah discovers that Theo is a schizophrenic who refuses to take his medication. As Hannah’s career begins to take off, Theo’s condition worsens, and he lashes out at friends trying to help him. Undeterred, Hannah undertakes the difficult task of helping Theo salvage his place in the unforgiving Los Angeles music industry while at the same time getting him into treatment. The numerous obstacles thrown in her way reveal the disturbing inadequacies of mental health care in America." (Tribeca Film Festival)

Despite its penetrating handheld camerawork (by Arnau Valls Colomer) and mind-altering sound design, Lost Transmissions never quite manages to tune out the lingering element of self-indulgence.

The movie’s strongest feature is its depiction of a male-female friendship that matter-of-factly abjures any romantic component. Temple and Pegg, when their characters aren’t falling apart (and even sometimes when they are), convey intelligence and mutual regard with refreshing straightforwardness.

These supporting characters are not very sympathetic because they’re either talking too much or not doing enough to show us what motivates them. So it makes sense that Hannah is underdeveloped, because so is everybody else in O’Brien’s movie.

A sympathetic and appropriately downtempo look at a musician's mental illness.

"Lost Transmissions" is a murky and unfocused journey, set in a Los Angeles that looks as sodden as London on an overcast day.