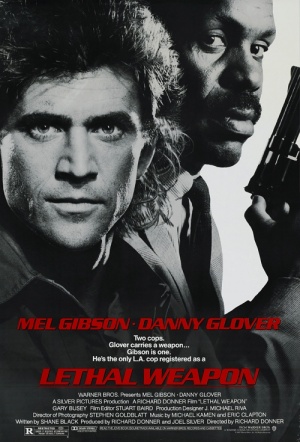 Mel Gibson and Danny Glover are two tough LA cops forced to form an uneasy alliance in this action comedy that would spawn three sequels. Directed by Richard Donner (Superman).

Gibson is a volatile, unregistered risk-taker, known as a "lethal weapon" by his colleagues. Glover is the conservative detective with a solid reputation. Forced to form an uneasy alliance, they begin to unravel the mystery of an apparent suicide that turns out to be murder involving an international crime ring.