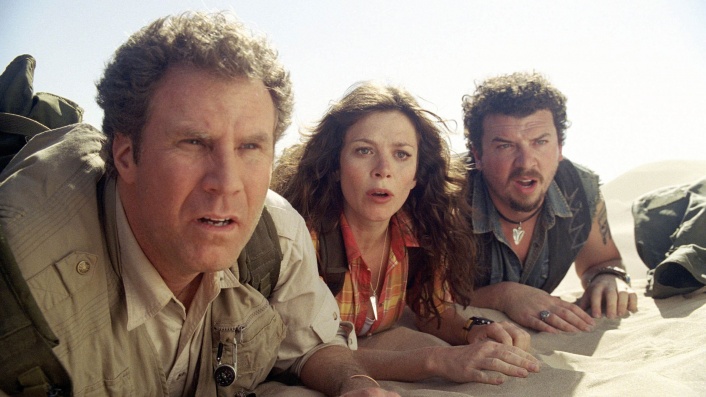 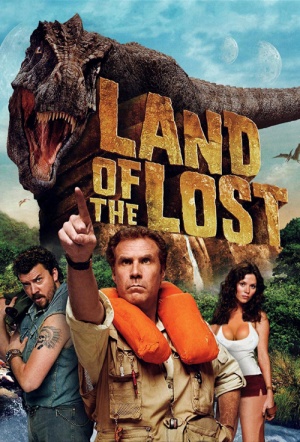 After publicly humiliating himself, prominent scientist Dr Rick Marshall (Ferrell) is ousted from mainstream science. But after an admirer (Anna Friel) encourages him to complete his invention they, along with a redneck survivalist who happens to be there (Danny McBride from Pineapple Express), inadvertently stumble into a bizarre time and space warp.  In this alternate universe the trio make friends with a primate named Chaka - an ally in a world full of dinosaurs and other creatures including the slow-moving Sleestak race. The latter are a cunning bunch, the most likely to keep them stuck in the strange land forever.

The result is a movie with an exceedingly narrow target audience that should test Will Ferrell's appeal among boys maybe ages 12-14 -- about the only demo likely able to endure this laborious mess.

The only marginally interesting, if unsurprising, thing about the pricey movie spinoff of the junky children's television show Land of the Lost is that a lot of money has been spent on yet another cultural throwaway.

I guess you have to be in the mood for a goofball picture like this. I guess I was.

Like its characters, the film keeps getting lost too, stumbling as it struggles to keep kids and adults from squirming in their seats.

Lame sketch comedy, an uninspired performance from Will Ferrell and an overall failure of the imagination turn Brad Silberling's Land of the Lost into a lethargic meander through a wilderness of misfiring gags.