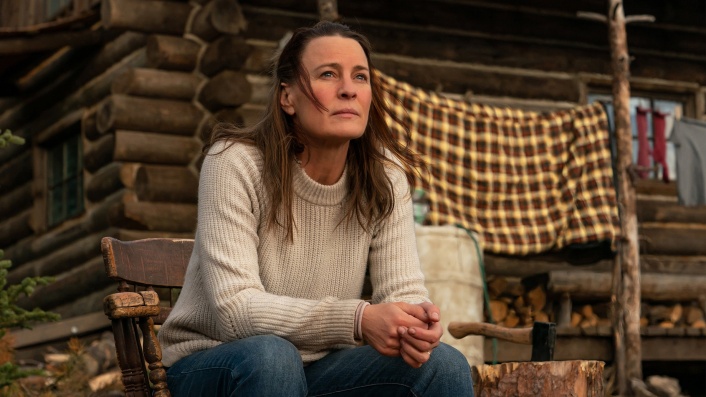 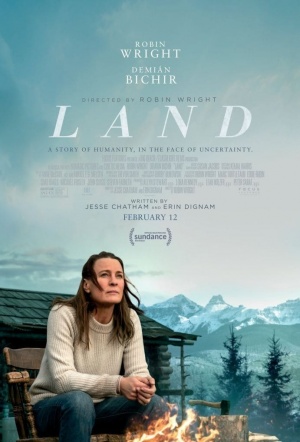 Golden Globe-winner Robin Wright (House of Cards) makes her directorial debut in this wilderness drama, starring as a woman with a lost sense of identity looking to regain a sense of self in the isolated American woods. Co-stars Oscar-nominee Demián Bichir (The Hateful Eight).

Edee (Wright), in the aftermath of an unfathomable event, finds herself unable to stay connected to the world she once knew and in the face of that uncertainty, retreats to the magnificent, but unforgiving, wilds of the Rockies. After a local hunter (Bichir) brings her back from the brink of death, she must find a way to live again.

A small movie painted on a vast canvas.

Poses some of life's starkest questions with a simple, elemental force, and with deep wells of compassion.

So bless Wright for paring "Land" down to a beautiful haiku, and for delivering a performance that's ambiguous and understated in all the right ways.

"Land" grapples so uneasily with such heady topics that the result is the total absence of new insights.

"This isn't working!" Edee screams at one point, floundering in the harsh winter. It isn't, exactly. But not for lack of trying.

Robin Wright's directorial debut may be named Land, but it certainly doesn't tread any new ground.

Proof of Wright's basic competency as a director but nothing more.

A smart, moving piece of work, hampered a bit by a rushed final act.

Land' plays out pretty much as you'd expect it to, but that doesn't diminish its impact.

Plays like a companion piece to Nomadland... and that's no bad thing.

It mostly just reflects the story's lack of definable character.

A raw but beautiful, rich story about deep sadness, isolation, and healing through nature.

Robin Wright ditches city life and heads for the sticks in a film that’s subtle in some ways but very heavy-handed in others.