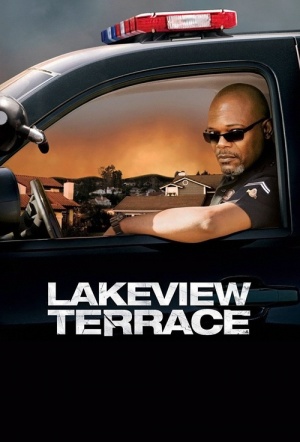 Abel Turner (Samuel L Jackson) has HAD IT with these motherf***ing INTER-RACIAL COUPLES in this motherf***ing suburban street. Actually, he's had it with one in particular - Chris (Little Children's Patrick Wilson) and Lisa (Fantastic Four's Kerry Washington). They move in next door to the disapproving widower and father of two, and he begins a campaign of harassment and intimidation to try and force them out. Worse still, the shellshocked newlyweds can't get any help from the cops because Turner himself is an LAPD officer. They soon realise they're going to have to tough this out – and that's when things get really ugly. There goes the neighborhood...

Produced by Will Smith and directed by Neil LaBute this is a tense, edgy thriller which asks awkward questions (including: "can LaBute redeem himself after that appalling Wicker Man remake?") and touches on difficult racial themes.
2008USA
DramaThriller