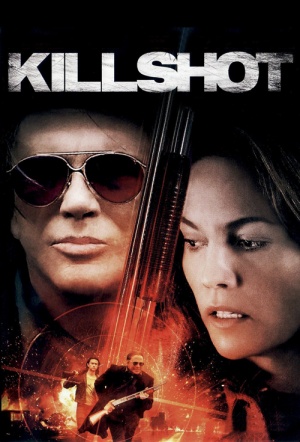 Resurrected man-of-the-moment Mickey Rourke plays criminal Armand ‘The Blackbird’ Degas in this thriller, adapted from an Elmore Leonard novel. Diane Lane stars as Carmen Olson who, along with her husband, is placed in a witness protection programme after witnessing some fiendish organized crime behaviour. But of course, they’re not as safe as they think. Killshot also stars Rosario Dawson and is directed by John Madden (Shakespeare In Love). Johnny Knoxville originally played a part, but his scenes were cut after test screenings suggested they were confusing.