Funny in parts but time to let this series die

As a big fan of the first two Johnny English films, I was really looking forward to this. While there were the usual very funny bits (especially for those of us who love British slapstick), it felt like that this was carrying the Johnny English series too far. The plot was utterly ludicrous, and while they took a while to establish the situation and villain, towards the end it felt like it suddenly jumped to the final shakedown. It was nice to have Johnny's sidekick character back (after he was absent in Johnny English Reborn). The actors did their very best but it really didn't seem to be a great script. The best bit for me was tricks he was teaching his prodigees in the classroom (and no I don't really think that's a spoiler) 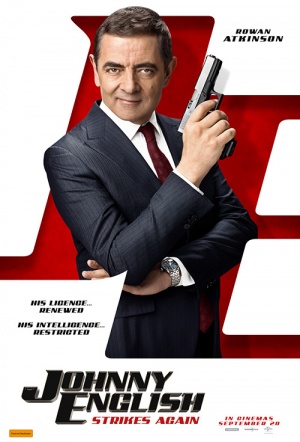