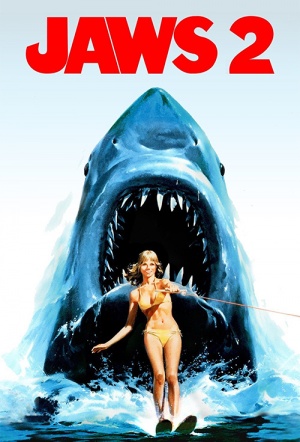 In the sequel to Steven Spielberg's 1975 classic shark attack thriller, police chief Brody must protect the island of Amity from yet another great white.

Suspension of disbelief might have been possible had this been a ripping good yarn; but the kids are just plain silly, and it's a toss-up to decide which is more unconvincing, the shark or Scheider.

One quickly realizes that there's only a fixed amount of excitement that can be generated by the sight of a $2 million mechanical shark upsetting sailboats, nipping the legs of swimmers or even swallowing victims whole, without even a burp.

It never comes close to the classic status of its predecessor, but for drive-in horror thrills, this still has sufficient bite.

Director Jeannot Szwarc adopts a similar filming style to Spielberg, but is unable to generate the same level of tension as in the first film.